Watch our recap video below to learn more about this event

How do we protect cultural heritage? How do we build future heritage in communities threatened by conflict? How can we meaningfully engage local populations in creative actions that are grounded in ethical practice?

“Swiss Touch Presents: Heritage in Peril – Alternative Approaches to Preservation” will explore these questions with keynote presentations by Patrick Michel of the University of Lausanne (Unil) and Azra Akšamija of MIT, followed by a panel discussion moderated by journalist and author Rania Abouzeid.

The University of Lausanne is home to the Collart Collection, the world’s most comprehensive archeological archive of the Temple of Baalshamin in Palmyra, Syria, which was destroyed by ISIS in 2015. Through an international collaboration which digitized the archives of the Collart Collection, researchers at the University of Lausanne were able to create a digital double of the Temple. This has laid the foundation for further research and for alternative approaches to preserving the cultural heritage related to the Temple.

This important archive now meets fertile ground at MIT, where the Future Heritage Lab (FHL) has been spearheading innovative approaches to preservation of cultural heritage through an artistic lens. FHL’s work, such as the Memory Matrix project, a temporary monument that translates the images of the Palmyra Arch into an empathetic experience, utilizes participatory art to question the ethics of preservation at the time of war. Informed by critical artistic methods, the Lab’s ongoing work with Syrian refugees advocates a performative approach to preservation of cultural heritage, modeling ways of supporting the continuation of the living social practices of threatened communities that underlie the creation of cultural monuments. 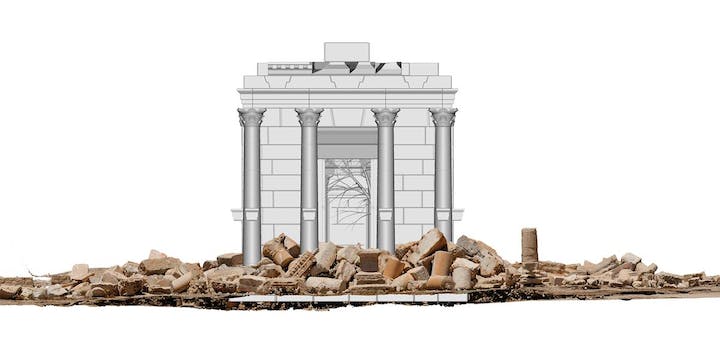 A collaboration between Unil and MIT’s Future Heritage Lab now aims to create future heritage. By translating ornamental elements from the Temple of Baalshamin and from Palmyra’s rich textile history into contemporary embroidery designs, this collaboration intends to engage both Syrian refugees and students in different countries in creative interpretations of heritage, presenting Palmyra’s history of transcultural exchange and identifying creative approaches to preserving the heritage of the now destroyed Temple. A first test workshop of this collaboration will take place at NuVu Studio in Cambridge in October. 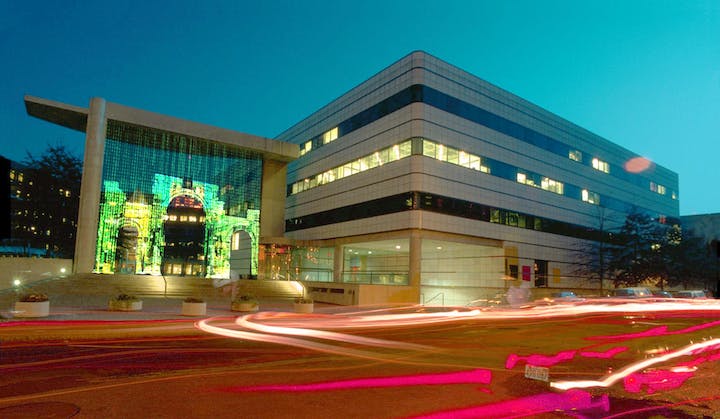 8:00 pm VIP Reception (Invite Only) – Cloisters around the Museum’s Courtyard

The Collart-Palmyra Project was launched in 2017 by the University of Lausanne’s Institute of Archeology and Sciences of Antiquity with the aim of digitizing the archives of Paul Collart, one of the most extensive collections of pictures, notes, and drawings from the Temple of Baalshamîn in Syria.

MIT Future Heritage Lab is a transdisciplinary research lab at MIT that invents creative responses to conflict and crisis by designing pedagogical frameworks, artistic tools, and co-creation processes to improve the lives of communities in threat and advance transcultural understanding on a global scale.

NuVu Studio is a full-time innovation school for middle and high school students. Its pedagogy is based on the architectural Studio model and geared around multi-disciplinary, collaborative projects, teaching students how to navigate the messiness of the creative process, from inception to completion by prototyping and testing.

Swiss Touch is an event series and social media campaign pushing Swiss innovation and creative ideas forward, through the participation of prominent Swiss and American stakeholders, a selection of compelling topics and unusual locations.

swissnex Boston creates opportunities for researchers, entrepreneurs, artists, and other future-makers to reach beyond their current capacity and make meaningful, collaborative connections with the top innovators in Switzerland and North America. 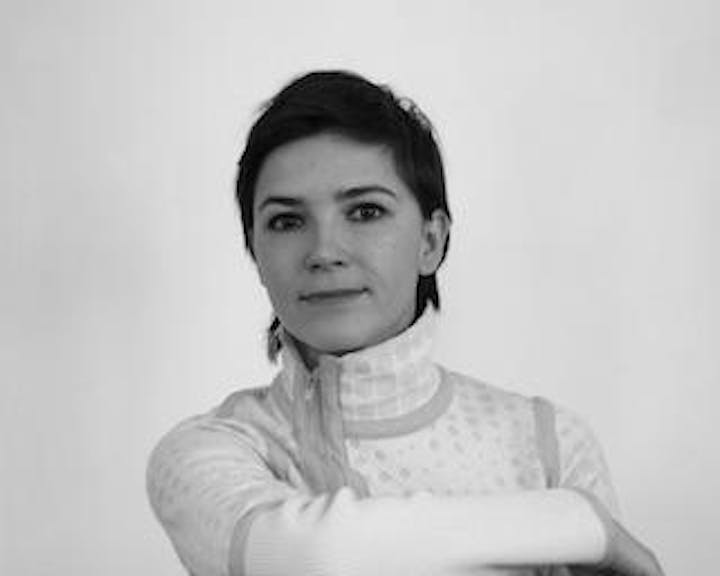 Azra is an artist and architectural historian, whose work explores how social life is affected by cultural bias and by deterioration and destruction of cultural infrastructures within the context of conflict, migration, and forced displacement. She holds graduate degrees in architecture from the Technical University Graz, Princeton University and a PhD in History of Islamic Art and Architecture from MIT. Since 2016, she has been leading a number of artistic, educational and research projects of her Future Heritage Lab in Jordanian refugee camps, in collaboration with local cultural institutions and international humanitarian organizations. Supported by the Graham Foundation Grant, the FHL is currently collaborating with displaced Syrians on the book “1002 Inventions” to document a range of refugee inventions from Al Azraq Refugee Camp. This book will accompany the Design & Scarcity course, MIT’s first art and design MOOC. Apart from FHL, Azra’s artistic work has been exhibited in leading international venues, including the Generali Foundation Vienna, Liverpool Biennial, Sculpture Center New York, Secession Vienna, the Royal Academy of Arts London, Design Week Festivals in Milan, Istanbul Eindhoven and Amman, and the Fondazione Giorgio Cini as a part of the 54th Art Biennale in Venice. In 2013, she received the Aga Khan Award for Architecture for her design of the prayer space in the Islamic Cemetery Altach, Austria.

Azra is the founding director of the MIT Future Heritage Lab and an Associate Professor in the Department of Architecture and the MIT Program in Art, Culture and Technology. 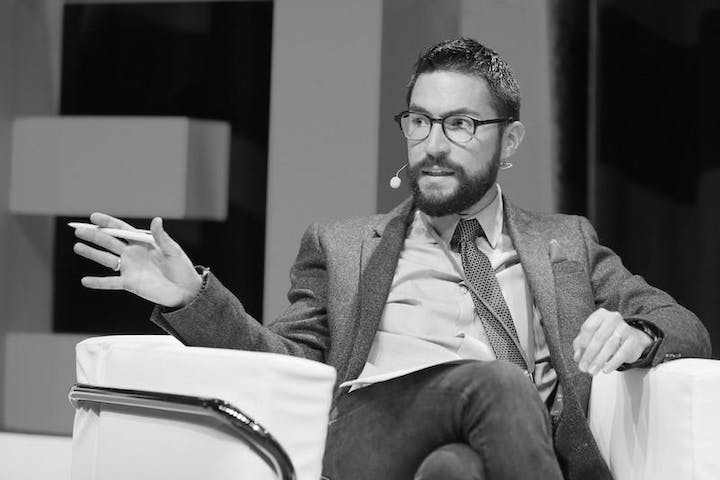 Patrick studied Classical Archeology and Ancient History at the University of Lausanne before specializing in Assyriology at the University of Geneva, where he also holds a PhD; he was awarded scholarships from the Fondation Ernst Boninchi and the Société Académique vaudoise. Patrick has done research at the Swiss Institute in Rome (of which he currently presides the alumni), the Pontifical Biblical Institute, and has taught at the universities of Bern, Geneva, Lausanne and Rome. In 2013 he received the Fellowship of the International University of Venice for the interdisciplinary seminar Between East and West. He dedicated an exhibition to the collection of René Dussaud (1858-1958), Conservator of the Near Eastern Department of the Louvre with the publication of a catalogue. He also participated in several archaeological campaigns in Syria with the American University of Beirut. He is now finishing a Diploma of Advanced studies in Art Law.

Patrick currently leads the Collart-Palmyra Project at the University of Lausanne as Senior Researcher and he manages Fonds d’Archives de Maurice Dunand. 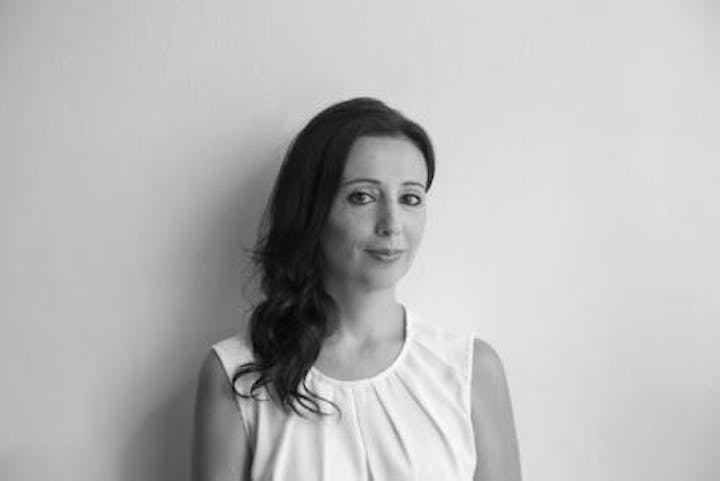 Rania Abouzeid is a Beirut-based journalist and author of “No Turning Back: Life, Loss, And Hope in Wartime Syria.” She has covered wars, natural disasters and political upheaval across the Middle East and South Asia for more than 15 years and is the recipient of numerous awards, including the Michael Kelly Award, the George Polk Award for Foreign Reporting and the Overseas Press Club of America’s Cornelius Ryan Book Award. Abouzeid has written for The New Yorker, Time, National Geographic and other publications, and has reported and presented television documentaries and features. She has received fellowships from the European Council on Foreign Relations, New America and Columbia University’s Dart Center for Journalism and Trauma.

She is studying the dynamics of post-civil war societies and how trust and the idea of community are rebuilt. She also plans to investigate and contextualize the legacy of the Arab Spring uprisings.