With 2019 Nobel winner Didier Queloz, learn how a meticulous pursuit for precision led to the discovery of the first exoplanet.

During the great space race, Switzerland was the only foreign country to provide Apollo missions with a scientific experiment. Since then, this small watchmaking country has become a discreet but key player in space research and industry, providing know-how in materials and precision mechanics for rockets, satellites and planetary rovers. In 1995, Switzerland pioneered the field of exoplanetology with the discovery of 51 Pegasi B by Michel Mayor and Didier Queloz, thanks to the unprecedented accuracy of their observations.

swissnex Boston and Swiss Touch invite you for an exploration of outer space, where careful measurements can uncover entire worlds orbiting light-years away. Our evening reception will feature a first keynote from 2019 Nobel prize winner Didier Queloz (University of Geneva) about the impact of his discovery followed by Willy Benz (University of Bern) who will present the Swiss-led ESA satellite CHEOPS (CHaracterising ExOPlanets Satellite), that aims to precisely measure the diameter of extrasolar planets.

Didier Queloz and Willy Benz will be joined on stage by a panel of local experts of space exploration and alternative cosmologies, including:

The evening will come to a close with a networking reception. 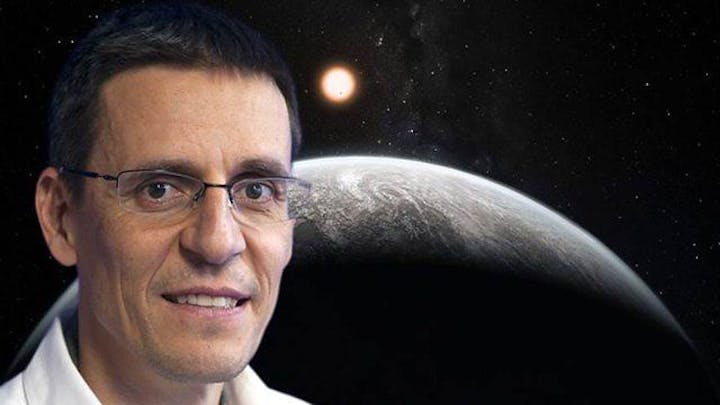 Didier Queloz is Professor of Physics at the University of Geneva and at the Cavendish Laboratory (University of Cambridge). He’s at the origin of the exoplanet revolution in astrophysics. Until recently, the Solar System has provided us with the only basis for our knowledge of planets and life in the universe. In 1995, Didier dramatically changed this view with the discovery he made with Michel Mayor of the first giant planet outside the solar system. This seminal discovery has spawned a real revolution in astronomy, both in terms of new instrumentation and understanding of planet formation and evolution. In 2019, together with Michel Mayor and James Peebles, he was awarded the Nobel Prize for Physics “for the discovery of an exoplanet orbiting a solar-type star.”

Since his discovery, Didier has been involved in a successful series of developments of precise spectrographs, considerable improving the precision of the Doppler technique. He’s currently leading a comprehensive research program at Cambridge University with the goal of making further progress in our understanding of the formation, structure, and habitability of exoplanets in the universe, as well as to promote and share the excitement of this work with the public. He’s also the Chair of Science Team of the ESA Swiss-led CHEOPS satellite mission. 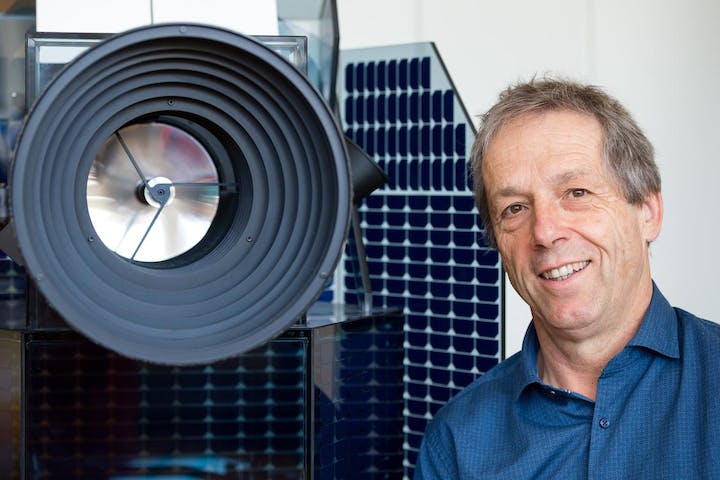 Willy Benz studied physics in Switzerland at the Universities of Neuchâtel and Geneva. He then went on to the United States for post-doctoral work at Los Alamos National Laboratory and at Harvard University, where he was appointed assistant and subsequently associate professor. In 1991, he became a full professor at the University of Arizona in Tucson. In 1997, he returned to Switzerland as a professor at the Physics Institute at the University of Bern of which he was the director between 2002 and 2015. Currently, he is the Director of the Swiss National Center “PlanetS” dedicated to the study of the formation, evolution, and characterization of planets. He is also the Principal Investigator of CHEOPS, the first small mission in ESA’s scientific program. CHEOPS is to be launched mid-December 2019. Since 2007 he is an external scientific member of the Max Planck Society in Germany.

He has served on many national and international committees. Among others, he chaired The European Space Agency (ESA) Space Science Advisory Committee and the European Southern Observatory (ESO) Science and Technical Committee. In 2018, he has been elected president of the ESO Council. 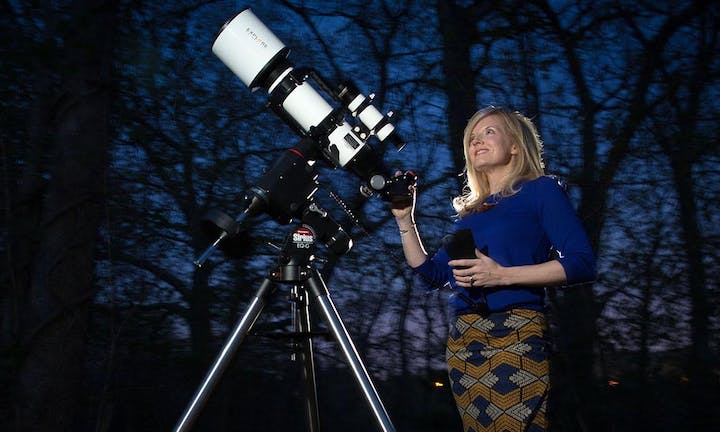 Kimberly Kowal Arcand is the Visualization and Emerging Tech Lead for NASA’s Chandra X-ray Observatory, which has its headquarters at the Harvard & Smithsonian Center for Astrophysics , in Cambridge, Massachusetts. Arcand is an award-winning producer and director. She is a leading expert in studying the perception and comprehension of high-energy data visualization across the novice-expert spectrum. She has spear-headed the creation, distribution, and evaluation of large-scale science and technology communications projects.

As a science data “story teller” she combines her background in molecular biology and computer science with her current work in the fields of astronomy and physics. Arcand has co-written five non-fiction popular science books, including her latest “Light From the Void.” 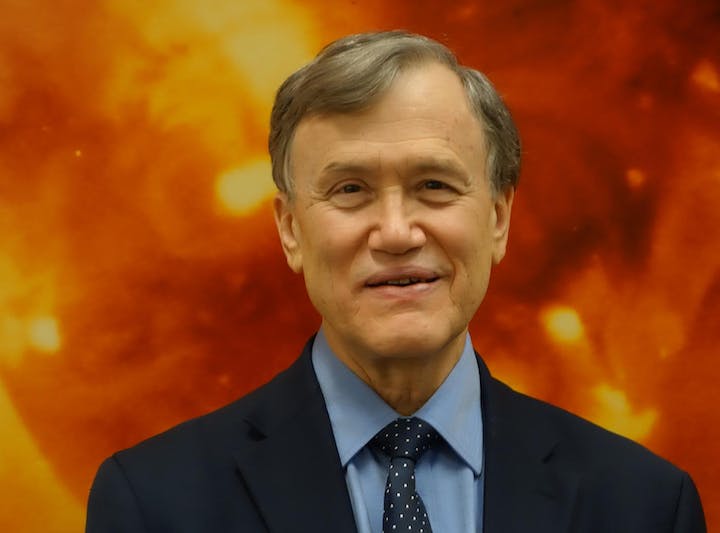 George Ricker is the principal investigator for NASA’s Transiting Exoplanet Sky Survey (TESS) Explorer mission, which was successfully launched in April 2018. He is currently the Director of the Detector Laboratory and Senior Research Scientist at the MIT Kavli Institute for Astrophysics and Space Research. George’s experimental research interests are focused on the development of new solid-state photon detectors, based on silicon charged-coupled devices (CCDs) and intended primarily for space astronomy applications. He was also a pioneer in the development of small, inexpensive satellites for astronomical missions.

He received his undergraduate degree from MIT in physics. He obtained an M.S. in astronomy from Yale University, and a Ph.D. in physics from MIT. He has been the PI for several other space missions, and he has published more than 300 papers in astronomy, high energy astrophysics, and experimental physics. 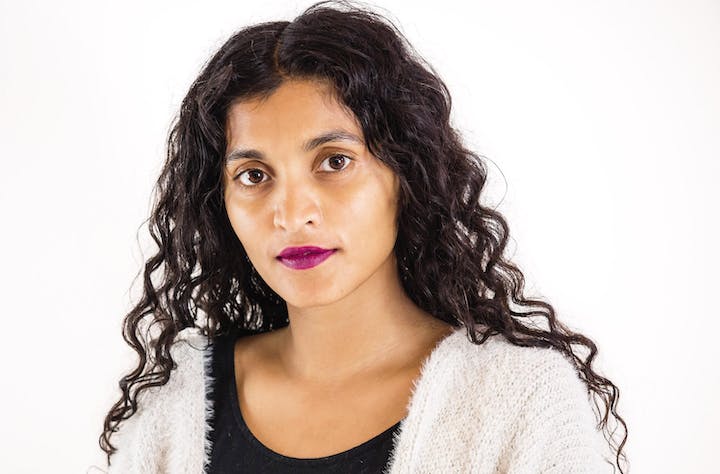 Prathima Muniyappa is a Designer, Conservator and a research assistant for the Space Enabled research group. She is a masters student in the Media Arts and Sciences at the Media Lab. She is interested in addressing issues of social justice, democratic access for historically marginalized communities and enabling indigenous agency. Her research investigates alternative cosmologies and cultural ontologies for their potential to contribute to emerging discourse on techno-imaginaries in the realm of space exploration, synthetic biology and extended intelligence. 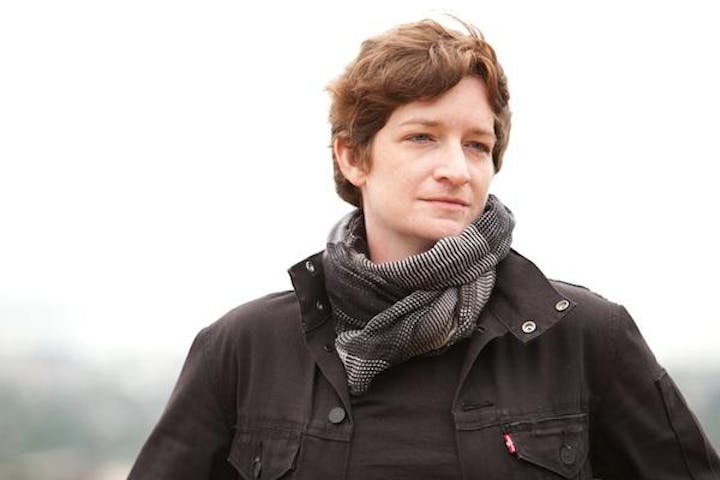 Kate Greene was the crew writer and second-in-command on a simulated Mars mission for the NASA-funded HI-SEAS project. She is an essayist, poet, and former laser physicist whose work has appeared in multiple publications and radio shows. She has taught writing at Vanderbilt University, San Francisco State University, and the Tennessee Prison for Women. Her essay collection ONCE UPON A TIME I LIVED ON MARS will be published by St. Martin’s Press in July 2020. Kate currently lives in New York City where she is teaching fellow in the writing program at Columbia University.